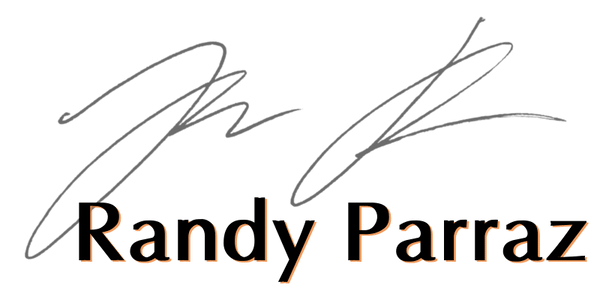 When Arizona passed the nation's most draconian anti-immigrant law in 2010, SB 1070, every effort to stop or reverse this law failed. Randy Parraz, the main organizer of the Pearce recall, provides a behind the scenes perspective of how ordinary citizens can organize and win when others thought it impossible. So how did a small number of Arizonans, led by a progressive Democrat and a Republican Mormon, band together to take down one of the most powerful and extreme politicians responsible for pushing Arizona’s anti-immigrant agenda? 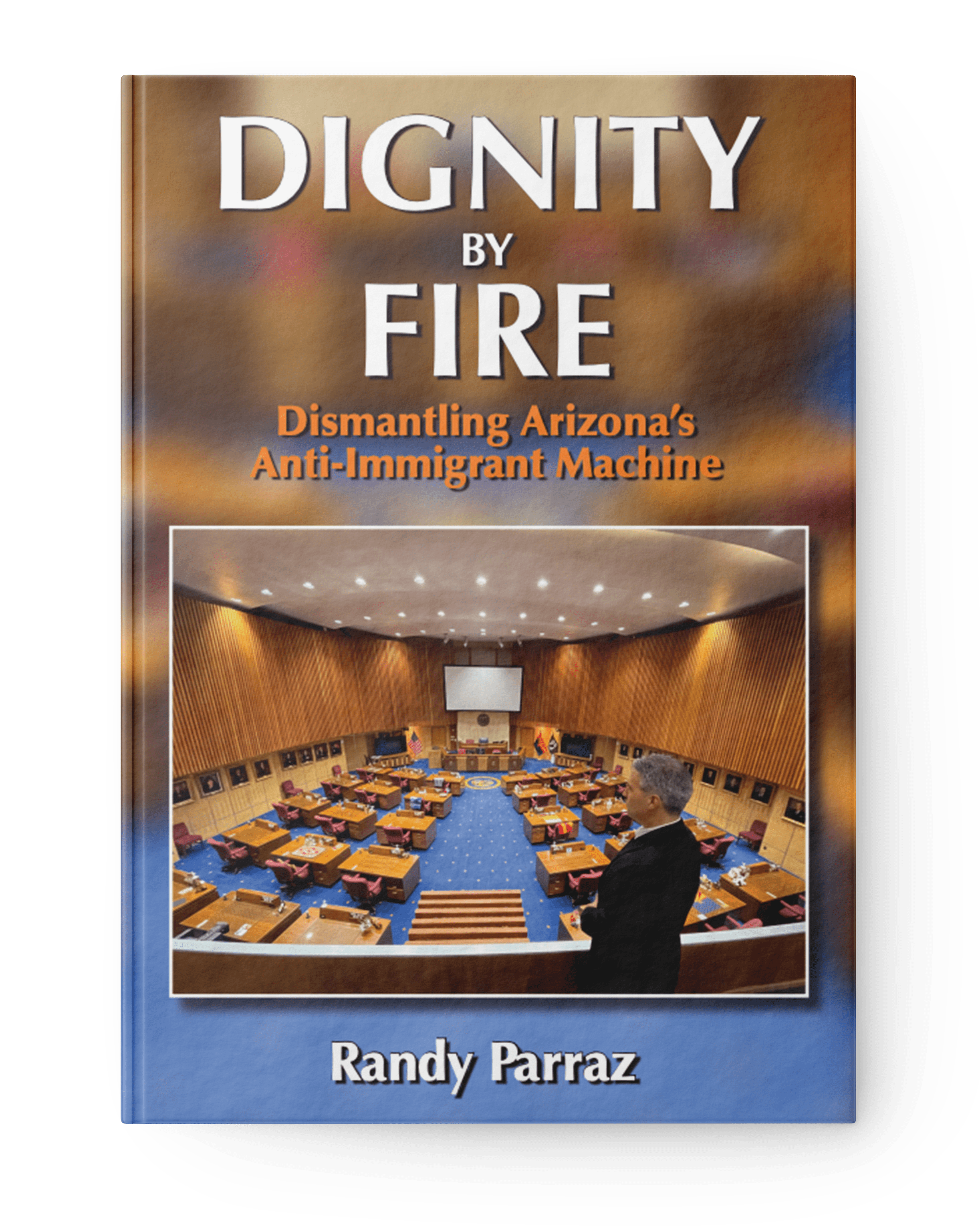 One Signature at a time

As senate president, Russell Pearce escalated his attacks against immigrants. He worked hand in hand with the self-described “toughest sheriff in America,” Joe Arpaio, notorious for his worksite raids and unlawful stops of Latinos and immigrants.

While establishment leaders remained content to wait Pearce out, a few concerned citizens decided to do something a bit more radical—to recall and remove Pearce from office.

In a matter of 18 months, Arizona went from ground zero in the fight against anti-immigrant hostility to zero tolerance for any and all anti-immigrant legislation.

Chad Snow, Chairman of Citizens for a Better Arizona, addresses the media shortly after Citizens for a Better Arizona submitted over 18,000 signatures to recall Senate President Russell Pearce on May 31, 2011.
A week after Pearce's defeat, the Phoenix New Times published this article about the recall. The original artwork had me holding a sword in one hand and an image of Pearce’s head in the other. Given that I’d received numerous death threats, I asked them to consider using a different image. Thankfully, they did.
On January 10, 2011, over a 100 people gathered outside of the Arizona Senate Building to announce the formation of Citizens for a Better Arizona and to put Senate President Russell Pearce on notice that he would be held accountable for his extreme behavior.
Mary Lou Boettcher, seated, Geoff Esposito, holding clipboard, and other volunteers collect signatures at the Mesa Public Library in March 2011.
Saul Solis, holding the Arizona flag, and Paul Castaneda, holding the US flag, lead the march from the senate building over to the secretary of state’s office to file our petitions.
Many children of our supporters participated in the submission of the recall petitions. Although they could not vote nor sign the petition, their presence reminded everyone of the importance of our work.
Todd Selleck, resident of Mesa, at the secretary of state’s office after Citizens for a Better Arizona submitted over 18,000 signatures on May 31, 2011, to recall Senate President Pearce.
Candidate Jerry Lewis as he enters the race in July 2011 to challenge Pearce in the November 8, 2011, special recall election.
Attorney Tom Ryan and Domingo Garcia, a financial supporter from Texas, pouring champagne to celebrate Pearce’s defeat on election night.
Hundreds of Latino youth from a coalition led by Promise Arizona in Action turned out to defeat Pearce and celebrate the victory.
Candidate Bob Worsley, founder of Skymall, as he entered his very first campaign to challenge Russell Pearce in the 2012 Republican primary.
Our canvassing team in August 2012 at the county recorder’s office turning in ballots for candidate Bob Worsley.
Russell Pearce (in the hat), flanked by Matt Salmon standing outside a polling place on Election Day as I pass him after dropping off eight ballots for Bob Worsley in the August 2012 Republican primary. This was our first and only encounter.  Pearce did not say a word.
10 YEAR ANNIVERSARY CELEBRATION

Ten years ago, this November in Arizona, the first senate president in the history of the United States was recalled and removed from office. Russell Pearce, the author of SB 1070, had spent over a decade in office attacking immigrants, workers, minorities, unions and women. The highly controversial recall campaign was launched by Citizens for a Better Arizona at a time when few thought it had a chance. In a matter of 18 months, Arizona went from ground zero in the fight against anti-immigrant hostility to zero tolerance for any and all anti-immigrant legislation. Since November 2011, there has not been one anti-immigrant bill in Arizona passed and signed into law.

On November 16, 2021, a special celebration will be held at the Wright House in Mesa, Arizona, to commemorate the Pearce Recall and to highlight how one of the most diverse coalitions of citizens—made up of Democrats, Republicans, independents, Mormons, Catholics, unions, seniors, youth, Latinos, Dreamers and many other individuals—who worked together to permanently dismantle Arizona’s anti-immigrant machine. 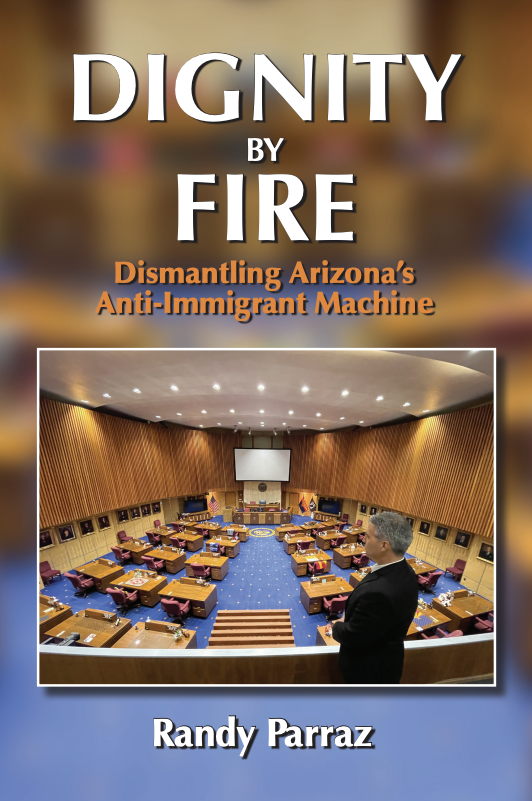 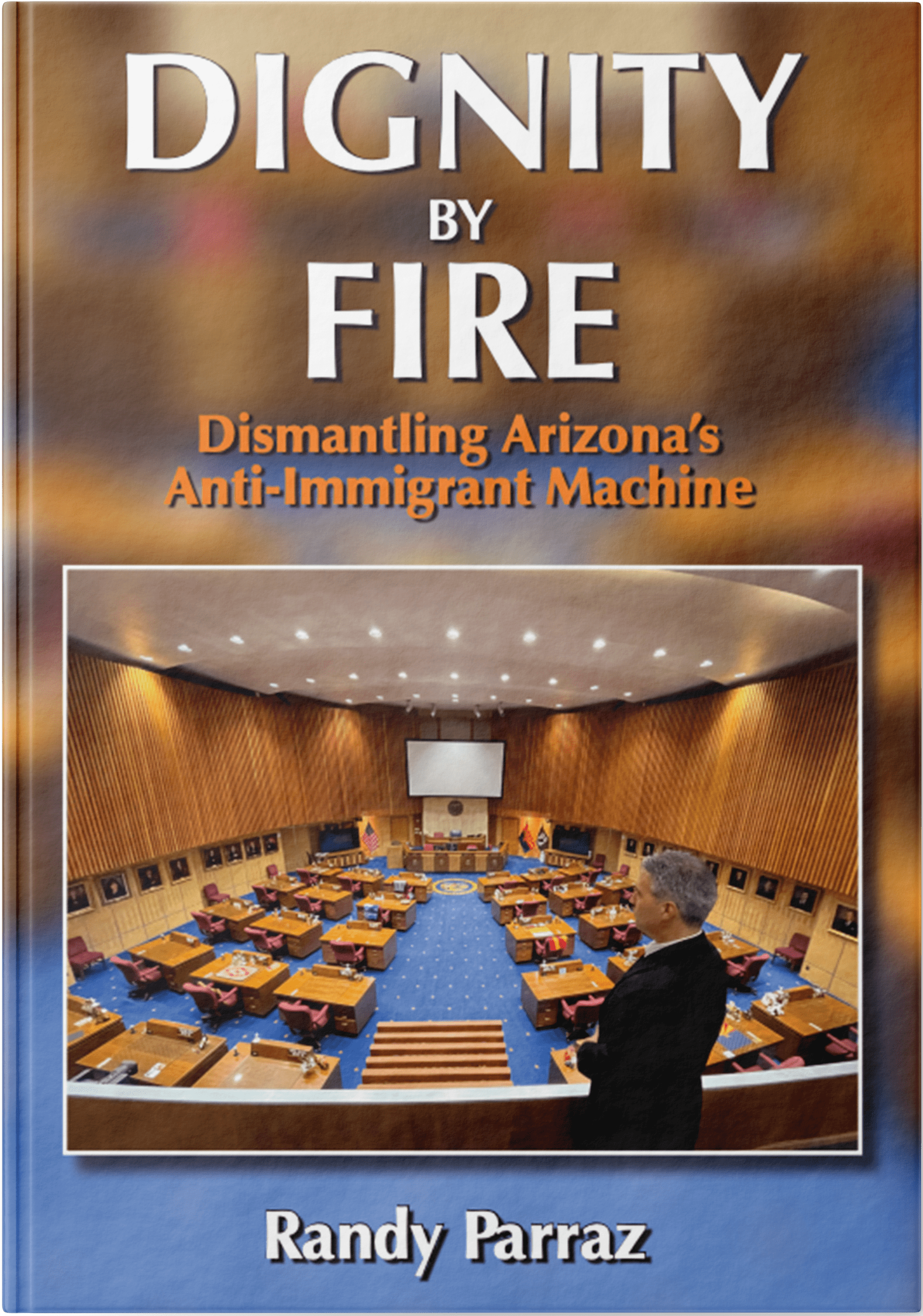 Randy Parraz is an organizer, social entrepreneur, author, founder of various social justice organizations and currently co-founder and President of the Organizing Institute for Democracy. Randy has spent the past 26 years engaged in the work of building power and moving people into action. Randy’s introduction to social justice began when he observed his father, Deputy Sheriff John Parraz, organize the Latino Peace Officers Association in the 1970s to combat discrimination in the recruitment, hiring and retention of Latino officers.  Randy’s understanding of organizing and framework for building power has been heavily influenced by Ernie Cortes of the Industrial Areas Foundation and Marshall Ganz, a former UFW organizer who worked closely with Cesar Chavez for 16 years.  Randy took courses on organizing from both Cortes and Ganz while pursuing his Master’s in Public Administration at Harvard’s Kennedy School of Government.  It was during this time Randy stopped pursuing his life-long goal of being a lawyer and embraced his true calling of becoming an organizer.

From church-based organizing in East Dallas, to national coalition building on behalf of 20,000 strawberry workers in the fields of California, to working as a national field representative of the AFL-CIO—Randy has experience with many methods of social change. As an Echoing Green recipient, Randy and his co-founder, Scott Sherman, established the Transformative Action Institute to inspire, train and develop a new generation of visionaries on college campuses. Randy has taught courses on social change at UC Berkeley, UCLA, UC Irvine, Arizona State University and California State University Fullerton.

In 2008, Randy moved to Arizona and joined a labor campaign to build political support for immigrant workers in the housing industry. As the campaign progressed workers, many of whom were undocumented, began to complain about the worksite raids, harassment and mistreatment of Sheriff Arpaio. Randy developed a new strategic approach of applying pressure on the board of supervisors to hold Arpaio accountable for his corrupt behavior. Randy’s role in organizing actions and protests to expose Arpaio’s racist and abusive practices caused him to be labeled “high profile” and eventually targeted and arrested by Sheriff deputies.

In January of 2011, Randy co-founded Citizens for a Better Arizona and spearheaded a grassroots campaign to recall the most powerful politician in the state of Arizona, Senate President Russell Pearce—author of SB 1070, the “show me your papers” anti-immigrant legislation. In November 2011, Citizens for a Better Arizona made history by recalling and removing the first President of the Senate from Office.

In February 2014, Randy returned to the National AFL-CIO to serve as the Governance and Organizational Leadership Development Coordinator for the western region of the country. Randy spent considerable time with central labor councils, state federations and affiliates to identify, train and develop leaders to take on the work of transforming the labor movement to build power for workers and their families. Two years later, Randy was recruited by the United Food and Commercial Workers International Union (UFCW) to lead their Making Change at Walmart campaign to develop and implement a national strategy of engaging Walmart workers and allies to expose Walmart’s abuse, mistreatment, intimidation and harassment of its workers.

In July 2018, Randy resigned from UFCW to begin the process of writing the story of the historic recall of Senate President Russell Pearce. In 2019, Randy was recruited by President Domingo Garcia of the League of United Latin American Citizens (LULAC), to serve as senior advisor and organizing director. By the end of 2019, Randy, feeling inspired to finish writing the book he started in 2018, resigned from LULAC and returned to writing full time in 2020. After overcoming a number of COVID-19 pandemic family crises, Randy completed the final manuscript of Dignity by Fire: Dismantling Arizona’s Anti-Immigrant Machine in August 2021.

Randy is a graduate of U.C. Berkeley, Berkeley Law, and the John F. Kennedy School of Government at Harvard University. Randy currently resides in Sacramento, CA, and will return to Arizona in 2022 to focus on the work of defending and expanding the idea of one person, one vote through the Organizing Institute for Democracy.  To learn more about the Organizing Institute for Democracy please go to: OIDemocracy.org.

Thank you! Your submission has been received!
Oops! Something went wrong while submitting the form.